~ Melbourne, Phillip Island and The 12 Apostles ~ 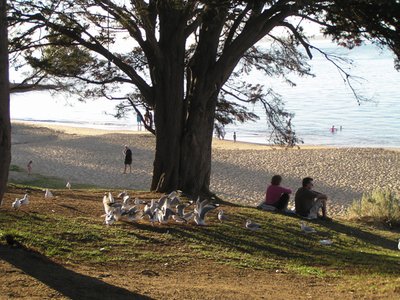 Melbourne is the second most populous city in Australia, and is the state capital of Victoria. Located around Port Phillip Bay in the south-east of Australia, 723 km (449 mi) from Adelaide, 876 km (544 mi) from Sydney and 3412 Km (2120mi) from Perth.

~~
I, my parents and a friend of my mother had spent four days in and around Melbourne. We joined a local tour, and the service of the tour was so bad, really bad! I swear I won't join that company again in the future. The guide and the driver was the same person, his manner was rude, unfriendly and without responsability. I can't believe that he still can make a living with that attitude to customers!!

The trip was awesome, and in this four days we had visited the Great Ocean Road, Phillip Island, Gold Mine and the Melbourne Tower. 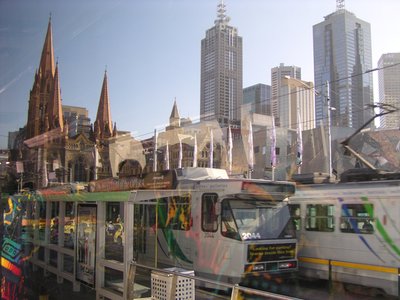 This photo was taken inside a coach. 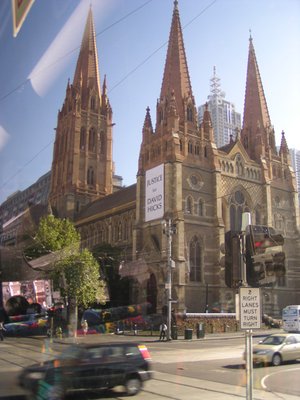 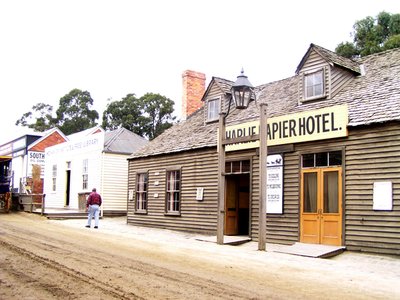 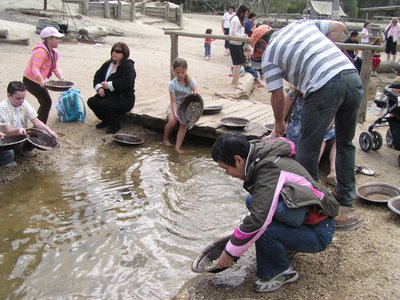 Phillip Island Nature Park – Penguin Parade
One of the most popular attraction in Australia is watching little penguins returning ashore at sunset after a day´s fishing. 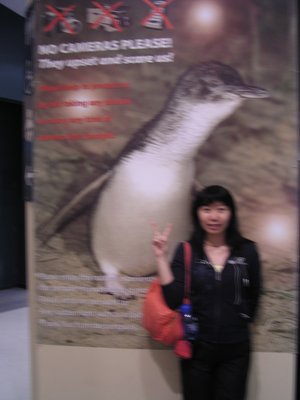 I'm sorry that this photo was out of focus. This was the only one photo I have got in the Phillip Island.

At the Phillip Island, people sat on the beach, very silent, without making any noise, wait for those little cute creatures to walk back home. I sat on the left hand side of the main corridor in front of the ocean. I stared at the sky at the moment while others were looking at the ocean, waiting for the first penguin to returning ashore. As the sun faded in the sky, little penguins began to waddle up the beach to their homes. A second later, someone broke the silent and said: "Oh, look! There is one over there!" There was one penguin walking on the beach. They looked really cute and adorable. Everyone there was excited! It was a great moment and I will never forget it!

(photographing is not allowed at the beach, so no photos can be taken) 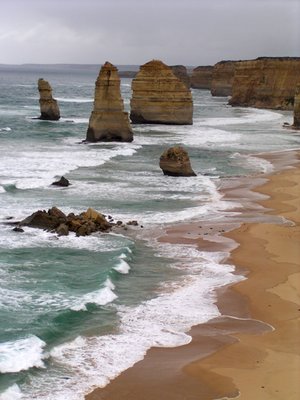 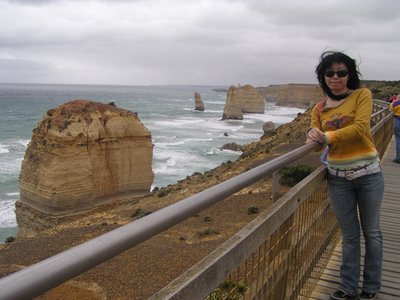 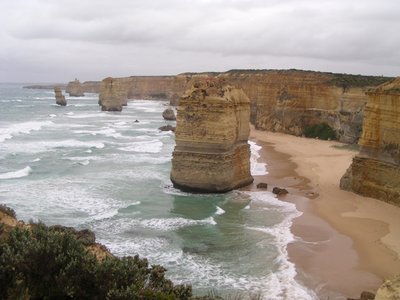 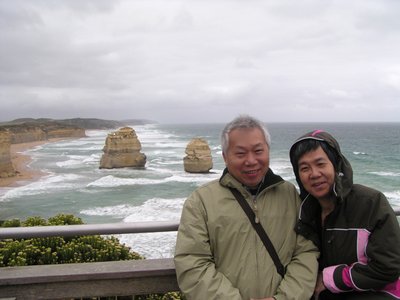 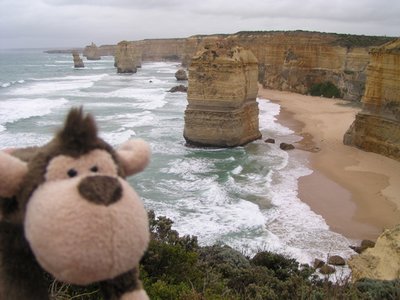 On 12th of March, early in the morning, we left Melbourne to Sydney. It took almost 10 hours to get there. It was unbearable. If next time I have to do the same thing like that (10 hours of ride), I think I'd rather catch a plane. Save time and free myself from petrified! :"[

If you would like to view more photos of this trip, including another places in Australia, please visit the link below: :D

Posted by ristinw 20:32 Archived in Australia